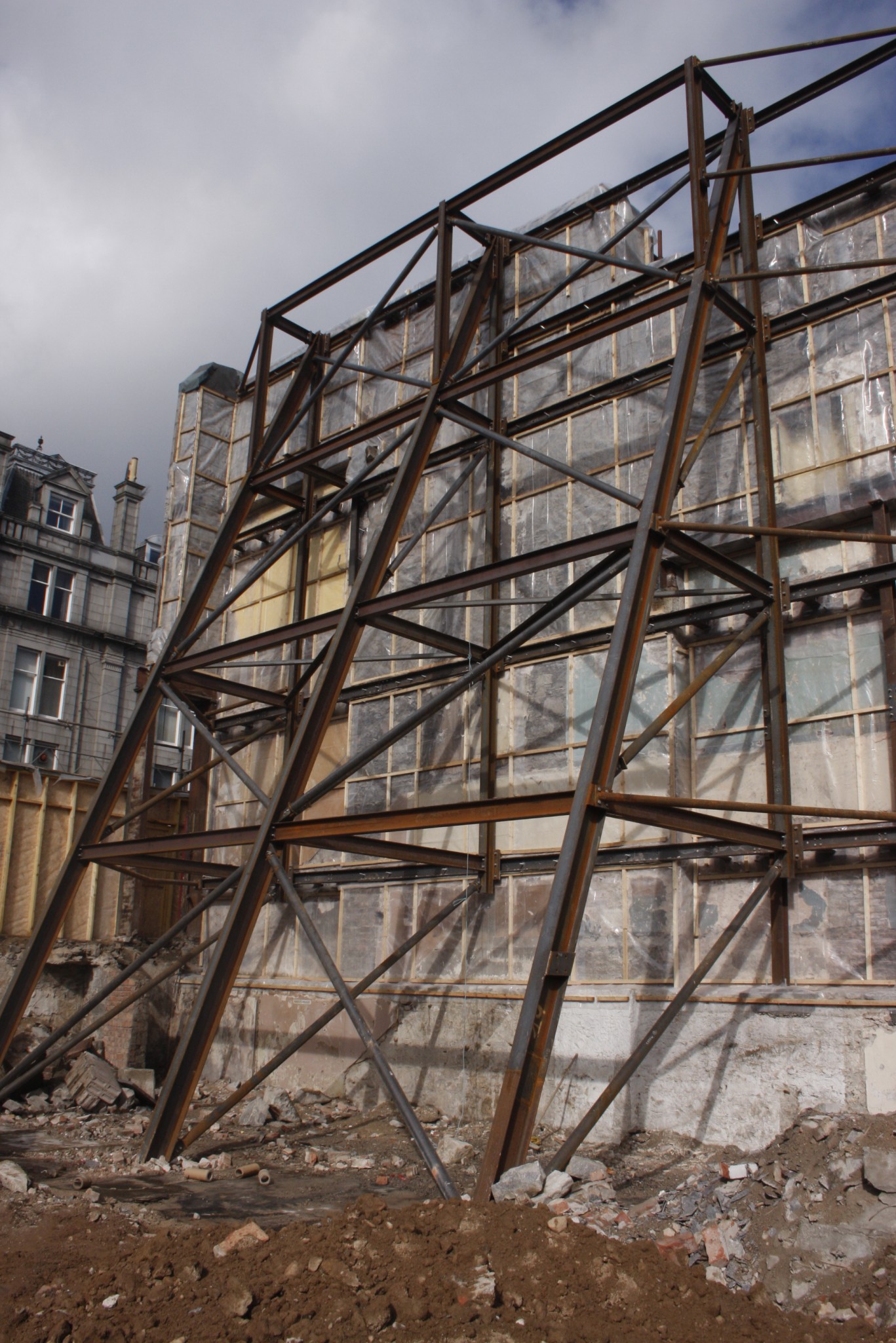 Raking shores have just been installed successfully at a Union Street site as part of a major demolition contract for which Wright Associates were the temporary works designers.

It was a requirement that the shores be in place prior to the demolition and thus the location was critical to the successful down-takings. Existing granite frontages were dismantled by hand in order to be included in the new project when awarded.

The shore design based on the BSEN5975:2008 required raking shores in structural steelwork to extend four floors above basement level.

The temporary works included foundation design as well as timber hoarding design at the Union Street perimeter to the most onerous loadings of TWf2012:01 in order that public safety was maintained up to the start of the main contract for the building works. 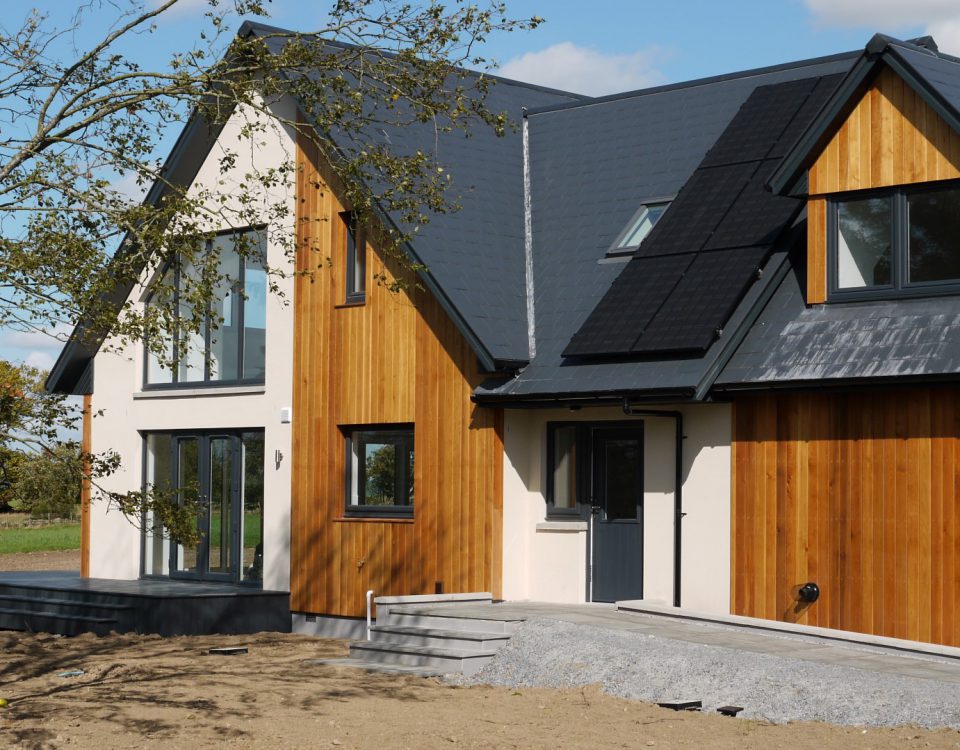